You are here: Home » Our School » Fixtures News » Fixtures Updates » Guilsborough Academy vs Sponne School 3 - 4
This is a Red Week 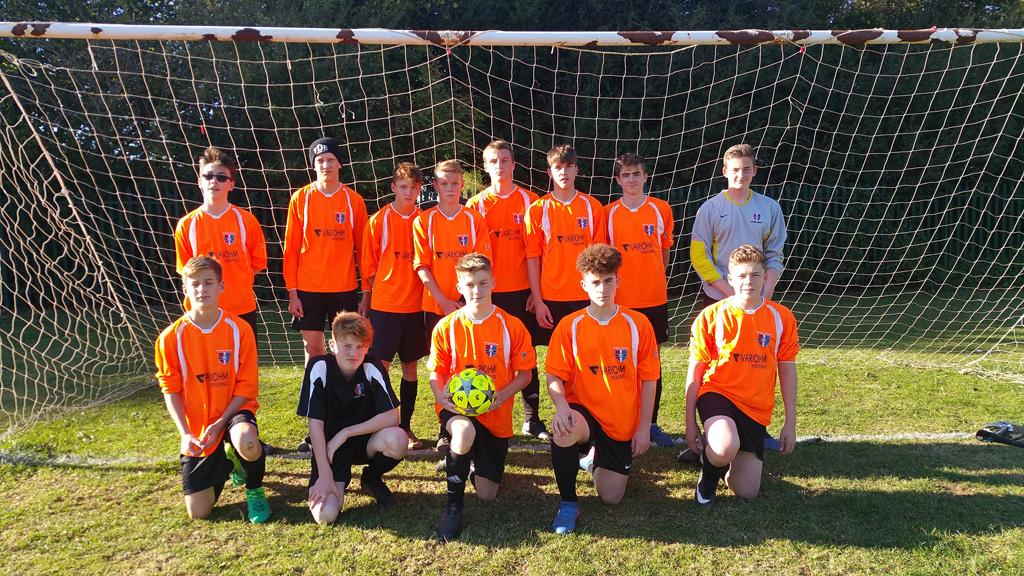 The first U15s fixture of the season came away at Guilsborough, in glorious conditions on a late September afternoon. Early play and possession was dominated by the hosts, comfortable with the ball and also making the most of some excellent long kicks from their ‘keeper.

Two early goals were conceded, the first from a cross, and next from a corner after some suspect marking from the backline.

On the 20 minute mark, Sponne sparked into life, particularly down the wings as Alfie Harcombe and Charlie Wood got into good positions to run at the opposition and forced a series of corners. Camped in the Guilsborough half, Ethan Shelby got on the score sheet from a delightful cross from Alfie Harcombe.

On the stroke of half time, Guilsborough extended their lead to 3-1, after confusion between the centre halves saw their front man break through, to slot home.

Second half and Sponne dominance resumed giving Ethan Shelby his next goal getting hold of a loose ball and lobbing the keeper. Next up a corner from Alfie on the left saw Charlie Wood head home. The winner was scored shortly after by Ethan Shelby, securing his hat-trick with a neat finish from the right, in the opposite corner of the goal.

A nail biting last 10 minutes played out, with possession switching from end to end. Two wonder saves from Tom Fell kept the slight Sponne advantage intact. An opening win and confidence builder ahead of two more fixtures, next week.

Next up for the U15s:
Monday 1st October - Silverstone UTC - Away
Wednesday 3rd October - NSB - Away (County Cup)