You are here: Home » Fixtures News » Fixtures Updates » Girls U16 County Cup Football
This is a Holiday Week

We started looking strong, in the first 5 minutes we on the counter attack and Alex dribbles past a few defenders and scored from a tight angle and it was 1-0!  A few minutes later they scored which made it 1-1.  Around 10 minutes later a great goal from Mia made us go 2-1 up.  Just before half time, Duston equalised making us even more determined going into the second half.

Maddie volunteered to swap with Sophie and go in goal and did a brilliant job! Both teams were equal with midfield looking strong and defenders shutting down chances at both ends of the pitch.  With 15 minutes to go we sent the ball through and Alex go on the end of it and put the ball in the back of the net for her second goal.  It was a great game and we played hard and deserved the win.  An outstanding team performance!  Thank you to all our supporters that came to cheer us on. 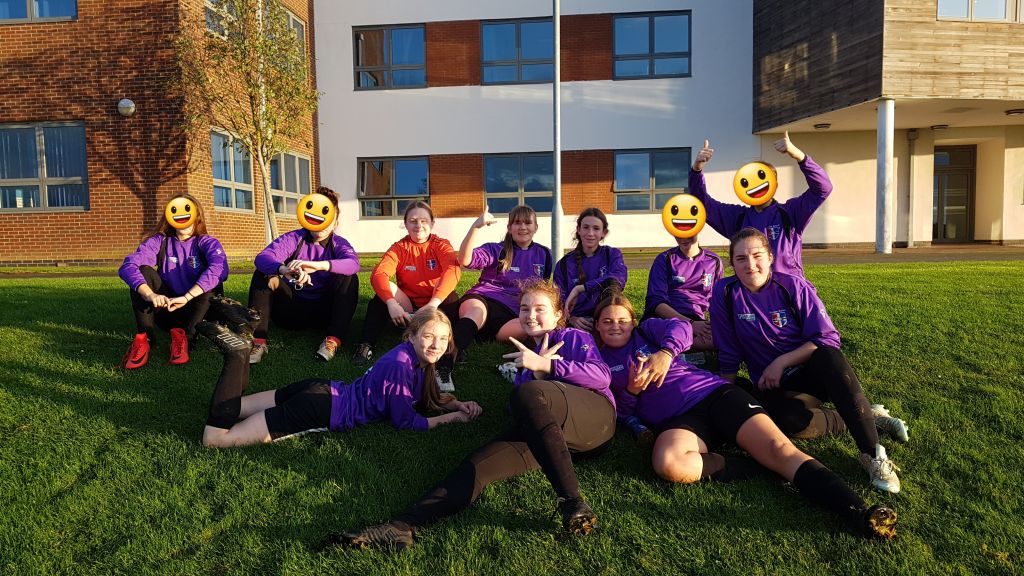