You are here: Home » Fixtures News » Fixtures Updates » District Athletics Championships
This is a Holiday Week

The Year 7 boys finished in 2nd position from the 10 schools, finishing just one point behind the eventual winners. Individually many of the students were taking part in athletics for the first time, having practised in PE lessons and after school. Any student finishing in the top three in the Year 7 event will be selected to compete for the district in the County Championships on July 1st and Sponne had no less than 7 individual qualifiers; Danny K (discus) George L (hurdles) Jamie B (javelin) and Jedan S (long jump) all finished in the top 3 whilst Harvey T (800m), Oscar H (shot) and Harry P (high jump) all won, becoming the district champions!!

The Year 8 girls team also won the team event with some outstanding victories!! Hayley D comfortably won the hurdles and javelin – the latter in a new district record distance. Francesca A (200m), Amber S (300m) and Emily U (discus) and the relay team also provided victories.

Not to be outdone, the Yr 8 boys also powered to victory with Jeremy G and Dominic Patterson also producing impressive double victories – Jeremy  in the 300m and discus and Dominic in the hurdles and triple jump.

An outstanding performance from all athletes in the team – well done!! 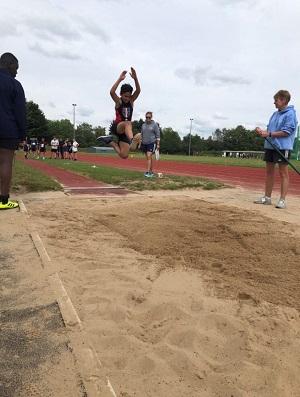 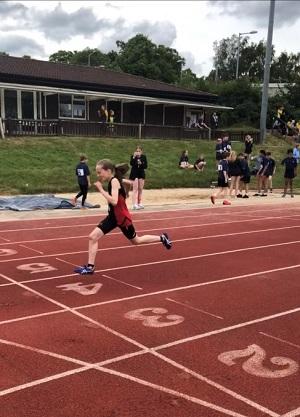