The year 8 rugby squad with a smattering of year 7’s entered the Year 8 County schools rugby finals with high hopes after emphatically winning the district finals the previous week.

The competition was divided into two pools with the winner of each pool playing off for the trophy.

The boys played with focus and passion throughout and despite a very hard battle against NIA managed to conquer the group having only conceded 2 tries.

The final was a close affair for the majority of the game with Ferrers and Sponne trading tries in the first 10 minutes. An outstanding defensive action from Sponne ended with a try saving tackle near our line. The resulting line out was won and Jeremy then ran 95 m to score , batting off opponents like flies  “en route”.

The remaining 5 minutes were incredibly tense, but with the last play of the game, after the forwards made damaging runs earning a scrum, we scored under the posts to secure a memorable and well deserved County title.

Well done to all. 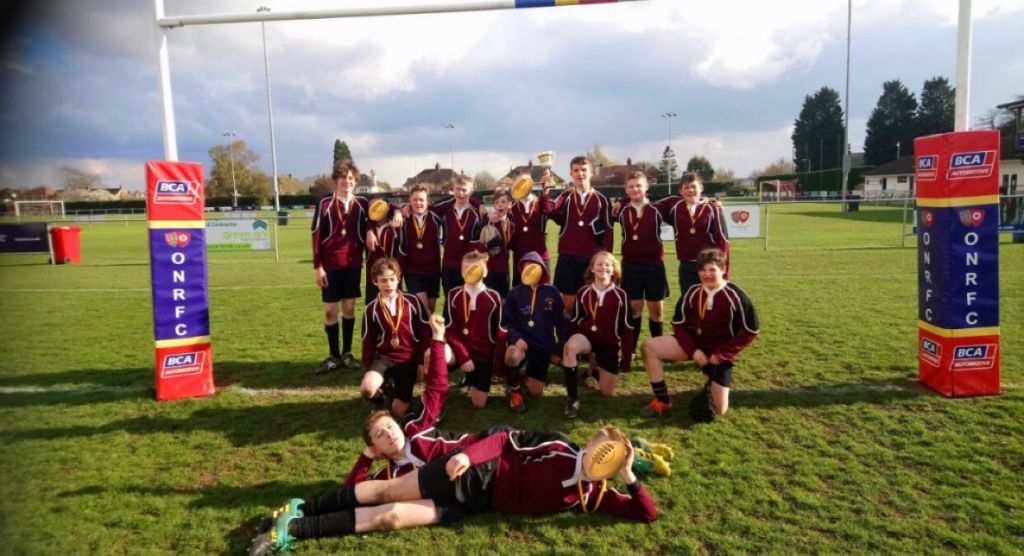