Sponne won the district round which meant that we progressed to the county finals on Wednesday 27th March at the ON’s. The tournament was to be a round-robin which included games against Northampton International Academy (NIA), Bishop Stopford, Northampton School for Boys (NSB) and Magdalen.

Our first game was against NIA and we made a great start. Two tries from Oscar on his debut for the team. Next we played a strong Bishop Stopford side that made it extremely difficult throughout. They competed really well in the rucks and a number of handling errors prevented us from scoring tries. Another excellent try from the impressive Oscar in the dying moments sealed our 2nd win of the tournament.

Next was NSB who had won their first two games against NIA and Bishop by a one try margin. NSB won the toss and swapped ends, putting us in direction of the sun. Despite this we made an impressive start and pinned NSB into their own half. NSB regained possession and kicked to gain territory and an extremely fortunate bounce landed back in the hands of an NSB player and they scored to go ahead. The remaining 7 minutes of the game was all Sponne with consistent pressure on NSB’s defensive line. A number of penalties later and the NSB defence continued to hold on. With the final play of the game a well worked move saw our boys go into the corner and ground the ball but for it to fall just shy of the line. An extremely unlucky 1-0 loss to a strong NSB side, it had been our best team performance of the tournament so far.

Into our last game against Magdalen the team knew that they needed NSB to lose their final game but that we needed to continue to score as many as we could in ours. A fantastic performance from all of the team resulted in a 4-0 victory vs. Magdalen. Oscar scored another 2 tries; Jamie got one as well along with a brilliant try off of a rolling maul from Danny.

A great tournament that saw us finish as runners-up at the county finals. The boys were disappointed but are motivated to win at next year’s tournament. That’s a total of 9 games for our Year 7’s with 8 wins and 1 loss. 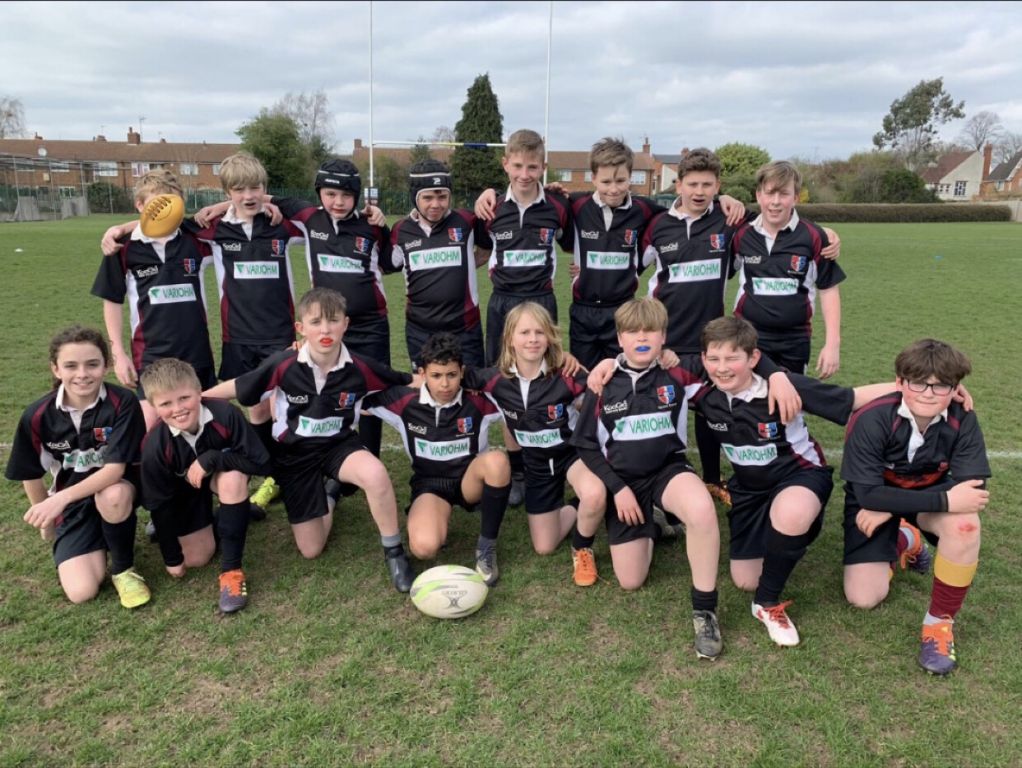